Eight of the top 20 seeded tennis players have come to Maidenhead for the Boodles Tennis tournament. The international five-day tennis exhibition held at Stoke Park serves as an excellent warm-up for the Wimbledon Tennis Championships beginning next week and is a fantastic showcase of summer tennis for wider Maidenhead to enjoy.

Founded in 2002, the Boodles Tennis Challenge is a relaxed event which the player’s clearly love playing in as eight of the top 20 ATP players are attending this year.

Alexander Zverev is undoubtedly one of the brightest stars in tennis right now and he is heading to The Boodles fresh from reaching the quarter-finals of Roland Garros and moving into the top 5 rankings, still aged only 21 years. 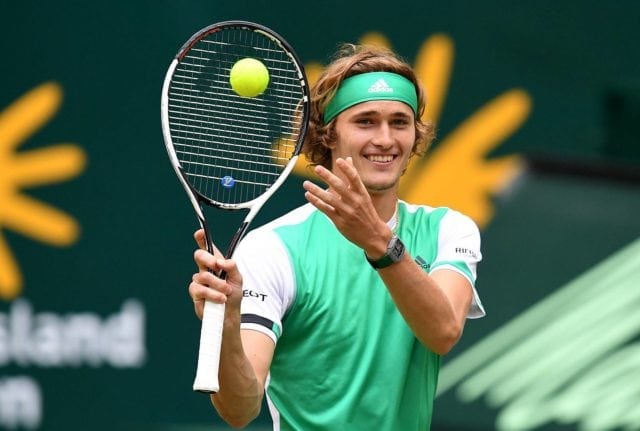 “I was feeling good today,” the Argentine said. “My game is adapting to the grass courts, and I think I’m going to be ready for Wimbledon.

“I never thought I could play at this level again after all my wrist problems.

“But I keep surprising myself in every tournament. I have a great connection with the fans at all tournaments, and I think you can see when I play that it’s something special for me with them. They make me so happy even if I lose.”

Juan Martin Del Potro is a former US Open champion and 2016 Olympic silver medallist who only narrowly missed out on the gold to Andy Murray in an epic final in Rio. The Argentine is back to his best after several years of injury woes and is a definite contender for the Wimbledon crown. 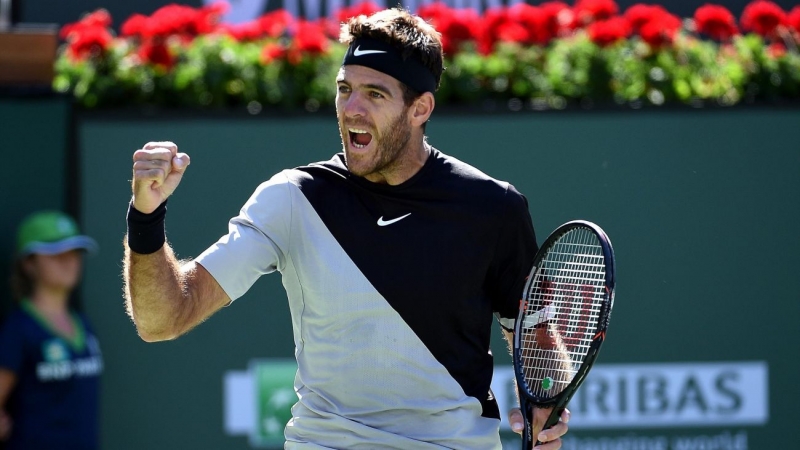 Kygrios admitted he expects to reach the second week of this year’s Wimbledon after dispatching Sam Querrey in straight sets (6-4, 7-6).

Grigor Dimitrov won the 2017 ATP World Tour Finals and finished the year at a career-high ranking of No.3. A semi-finalist at Wimbledon in 2014, beating Andy Murray en route, he certainly has a game suited to grass and is a firm favourite at The Boodles after showing his fun side on previous visits. 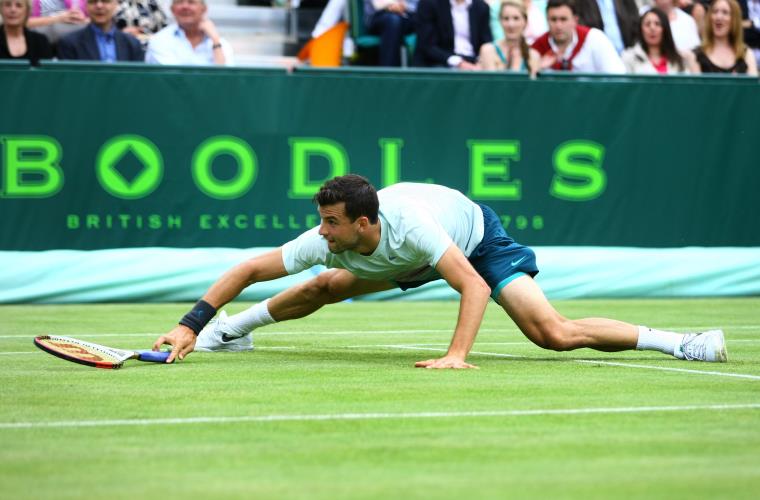 Dimitrov at the Boodles Challenge – LANTERN

There is also a strong British contingent at the tournament with Marcus Willis, Liam Brody and James Ward all playing a part. Brody has enjoyed two solid wins defeating Benoit Paire of France 7-6 3-6 10-7 on the first day and then taking another win against Sergiy Stakhovsky (UKR) 7-5 4-6 10-2. Stakhovsky is most known for his famous defeat of Roger Federer booking the tennis icon an early train home back in 2013.

The final day sees an all British tie between Willis and Brody and then James Ward lines up against Vasek Pospisil to conclude the tournament.

It has been another year of world class tennis within the unique, English garden party atmosphere that The Boodles is now famous for. You can expect a day of sumptuous luxury in the idyllic grounds of Stoke Park anytime you visit the tournament, with Champagne on ice and a gourmet lunch prepared by award winning chef Chris Wheeler.

Drawing all of tennis’ biggest names to the area, it shows the wider area of Maidenhead in all it’s beauty, especially with the glorious weather we have been experiencing and is an excellent way to enter into Wimbledon week.

Novak Djokovic at The Boodles – LANTERN