With more than 20 Michelin-listed restaurants in the Maidenhead area, including two of Britain’s five three-Michelin-star restaurants, it is one of the richest fine dining towns in the country. Ranging from fancy pub grub to fine French dining, Maidenhead really is a food lovers paradise.

In a 10km ring around Maidenhead sits 20 of the best restaurants in the country, which has turned our town into a food mecca. Whether you’re after fifteen courses of experimental cooking, or just a high quality pub meal, Maidenhead offers the lot.

Here at Lantern, we are chuffed to be in such a highly regarded food area, which not only brings people from all over to experience Maidenhead, but it affirms our knowledge of the fantastic business opportunities that lie in Maidenhead and it’s surrounding areas.

So read on to find out what world famous restaurants Maidenhead has to offer.

This classic French restaurant is perhaps Maidenhead’s most famous. The brainchild of the Roux Brothers, the Inn opened their doors in 1972 in a beautiful restaurant that sits right on the river Thames. Located in Bray, just outside of Maidenhead, the menu has earned the brothers three Michelin stars at this particular spot, with signature dishes such as their pan-fried lobster medallions with a white port sauce and ginger flavoured vegetable julienne. 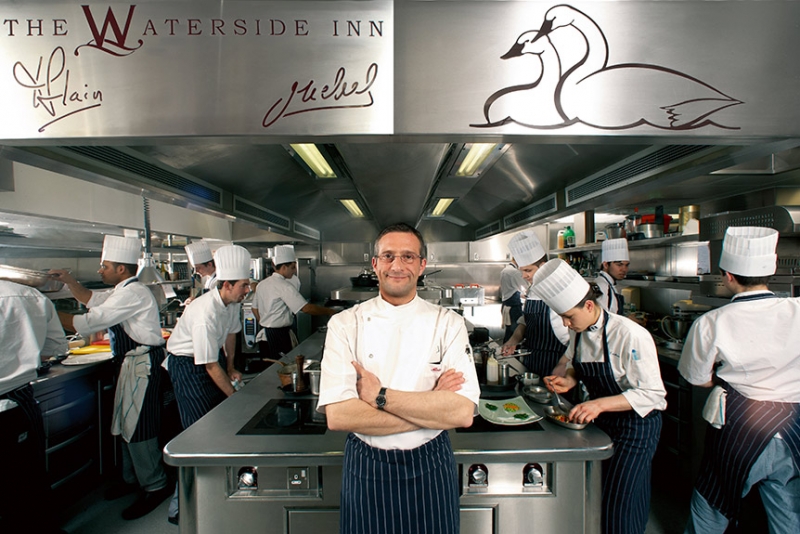 The stellar reputation of the restaurant has attracted many famous faces to the eatery, including Michael Parkinson, who now runs his own Michelin-starred pub nearby called The Royal Oak.

With a setting as beautiful as this, and a menu as delicious as this, the Waterside Inn is the best place to start your Maidenhead food experience.

Le Menu Exceptionnel is an excellent way to sample the best of the kitchen: £167.50 per person including service, excluding drinks. See waterside-inn.co.uk 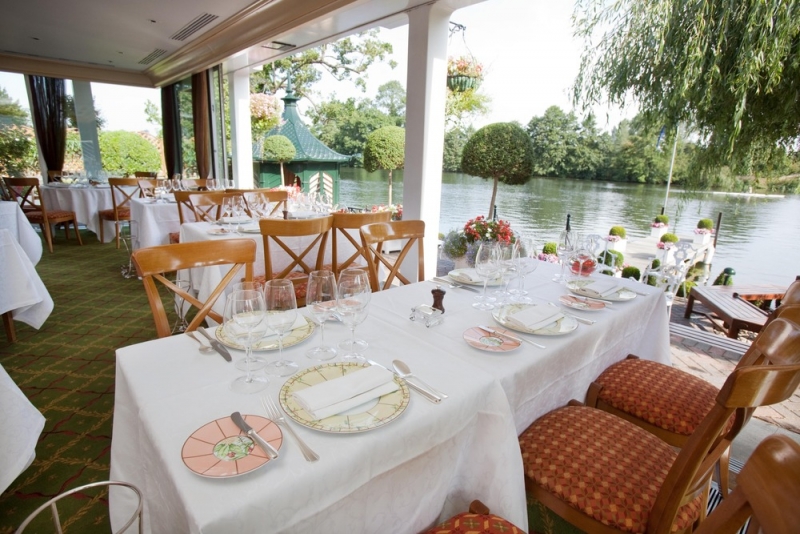 The Fat Duck is perhaps the most culinarily experimental and adventurous of all the restaurants Maidenhead has on offer. It is Heston Blumenthal’s celebration of “molecular gastronomy”, beautifully intricate food that it designed to take you through a journey.

The fifteen course tasting menu includes a salmon and avocado flavoured ice lolly and a meringue served on a pillow that floats in the air. There is also Heston’s stand out dish, ‘The Sound of the Sea’, in which diners are presented with seafood served on a glass box filled with sand, and a seashell containing an iPod and headphones. The idea is to eat while listening to the sound of gently crashing waves, transporting diners back to a childhood day at the beach. Guests are asked in advance about their own childhood memories and the kitchen creates personalised dishes accordingly. 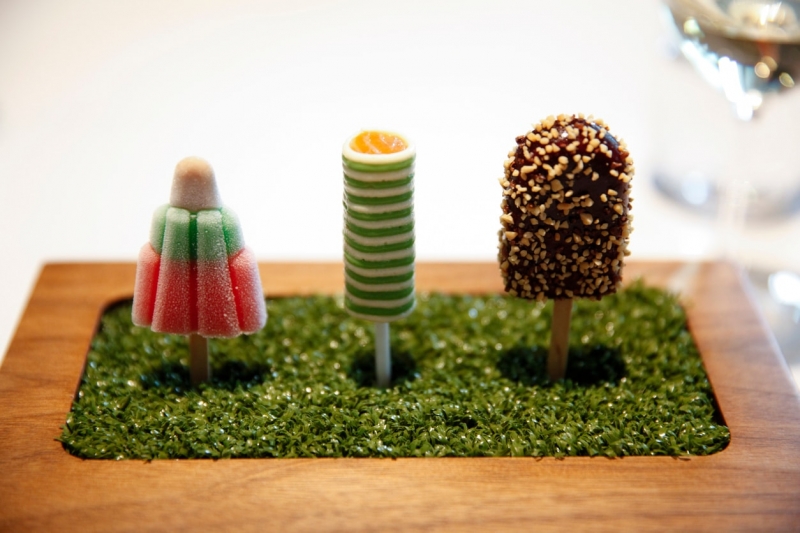 This world famous restaurant has earned three Michelin stars for it’s endevours, and has also earned it’s admirers wanting to eat there, as if you were keen to try this innovative culinary ‘itinerary’, you’d have to book about six months in advance. 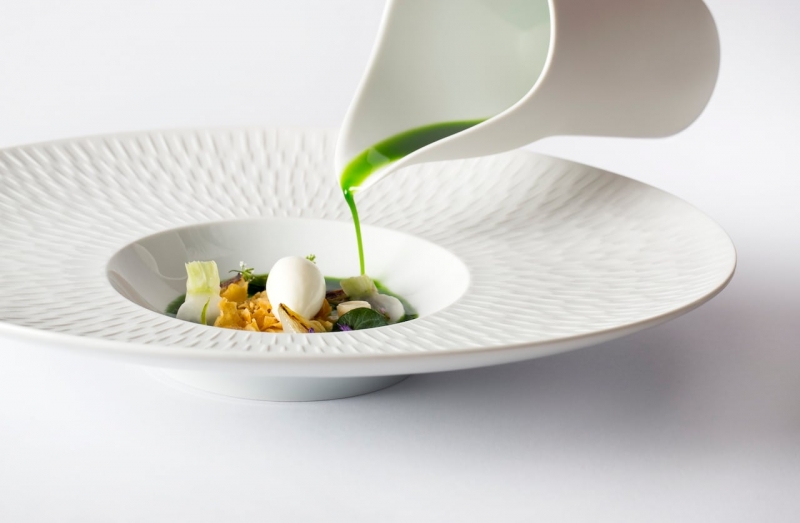 A dish at The Fat Duck – Maidenhead Food

Another Blumenthal restaurant you can enjoy in Maidenhead is The Hinds Head, just down the road from The Fat Duck. This is a far more accessible option to the Fat Duck, with something for everyone on the a-la-carte and set menus (£25-£58pp), including the likes of shepherd’s pie made with lamb belly, and apple and blackberry crumble. 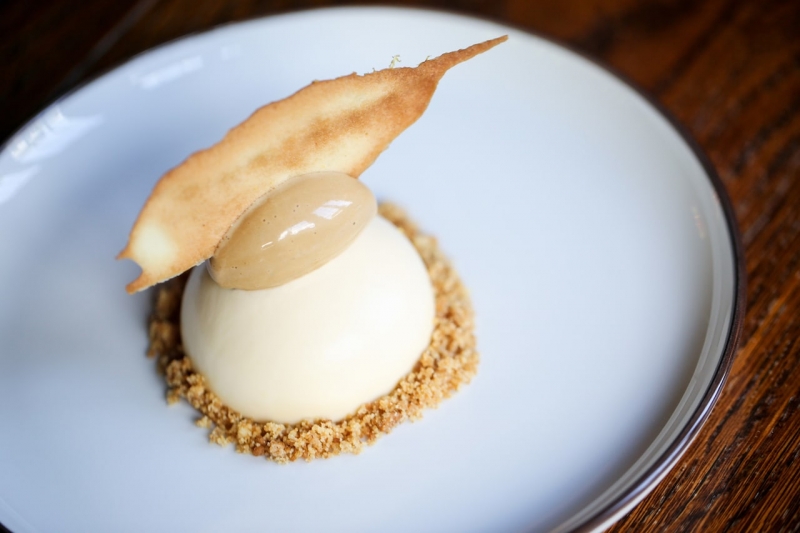 A dessert at The Hinds Head – Maidenhead Food

However if you are partial to a bit of Heston innovation, they cater for that aswell with their lapsang souchong tea-smoked salmon, and quaking pudding (a modern take on a medieval English baked custard).

The upmarket gastro pub simply does good food well, with the silken pea and ham soup and a rich oxtail and kidney pudding good examples of this. See hindsheadbray.com 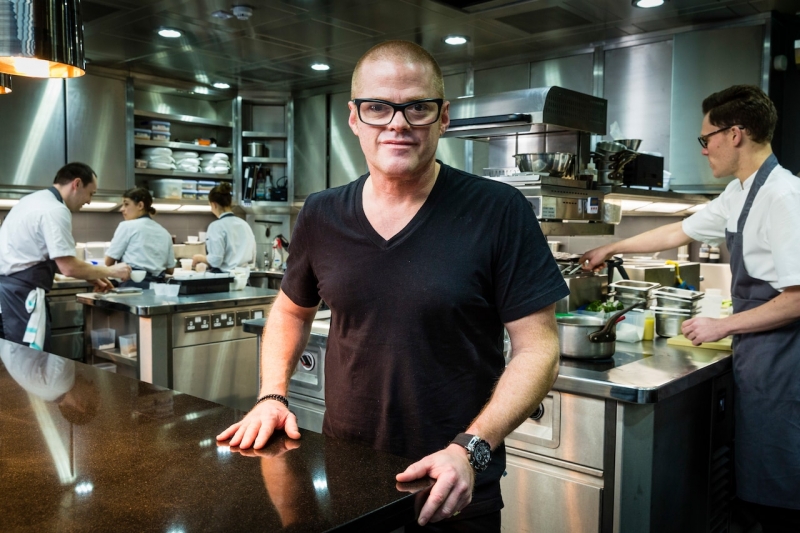 Alain Roux and Heston Blumenthal are not the only famous chefs to set up in Maidenhead. Tom Kerridge is another who was wowed by what the area had to offer for his restaurants.

“Marlow seemed the perfect place to set up a local restaurant supported by a town of enthusiastic, food-loving people,’ says Tom Kerridge”.

His most famous is The Hand and Flowers in Marlow, juts outside of Maidenhead. Tom Kerridge is the first and currently only chef to win two Michelin stars for a pub and combines classic French cooking techniques and a recognisably British sensibility in dishes such as warm gala pie with onion and cider purée, hot pickled gherkin and pork bordelaise sauce. 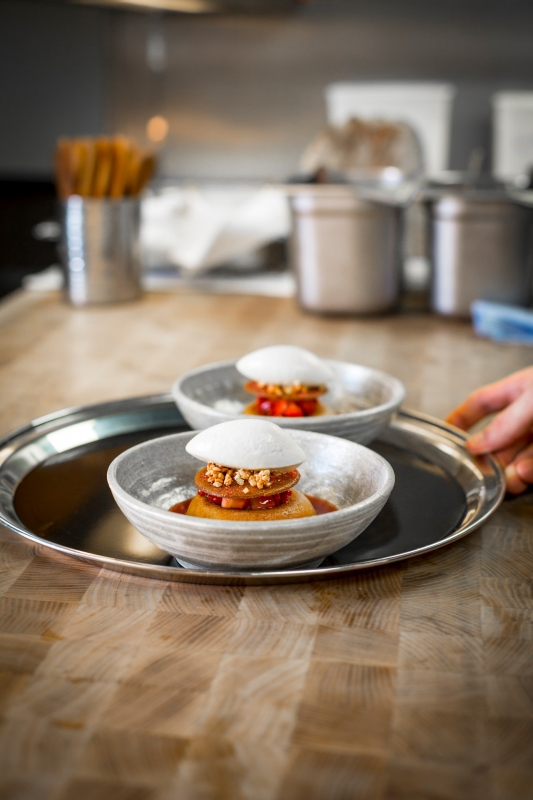 His other two food spots are The Coach and The Butchers Tap, both with Michelin stars.

Tom has kept his food experience a little more accessible than his culinary counterparts, with three courses looking to set you back about £65 plus wine and service (01628 482 277; thehandandflowers.co.uk). 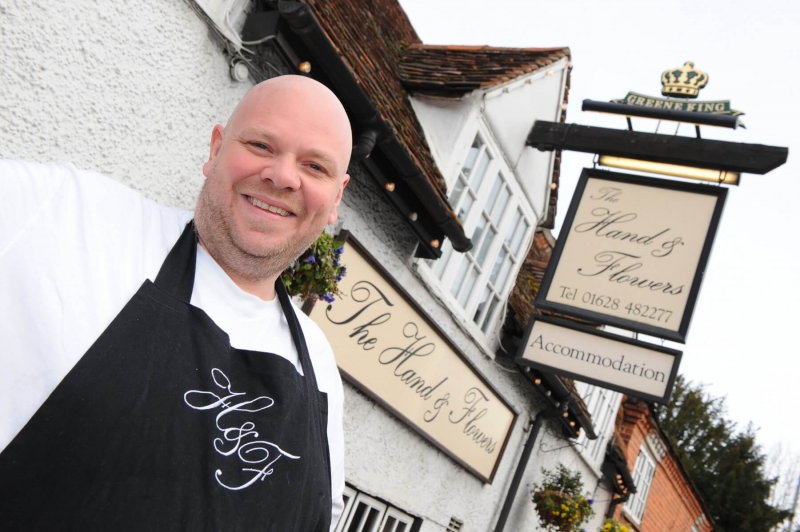 Tom Kerridge at The Hand and Flowers – Maidenhead Food

The Crown (one Michelin star)

As if it is a self-appointed title, The Crown in Bray is Heston Blumenthal’s third restaurant in the area. The Crown was made to feel like your local, with good, honest pub food that will leave you full and satisfied – like all good pub food should! With a fire crackling in the corner, you can grab a pint and tuck into the cracking Hereford burger is served with a generous blushing layer of pastrami. See thecrownatbray.com. 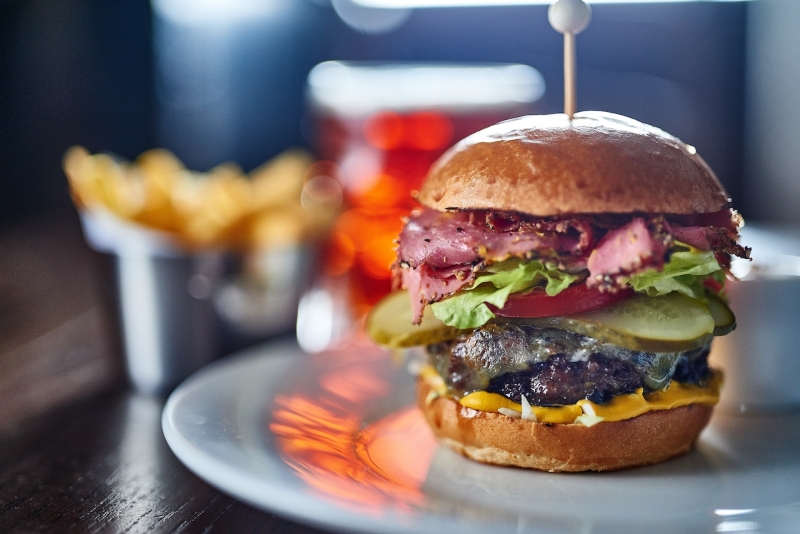 A burger at the Crown in Bray – Maidenhead Food