Prime Minister Theresa May visited the Landing exhibition in Maidenhead to show her support of the redevelopment which will bring 500 new homes to the area, as well as office and retail space.

After visiting she stated she believes that the redevelopment of Maidenhead could finally get off the ground, adding that Britain have the skills to make it happen. She saw the public exhibition, running at the former site of Que Pasa on King Street, which showcased the scheme. King Street will be part of the redevelopment when it goes ahead.

Theresa May stated, “Obviously this is a site that’s been a long time in development,” she said, “We all want to see the right development and it’s good to take visits from local residents, including children”.

“One of the girls said to me it will mean more to them than people who have lived in Maidenhead for a long time.” 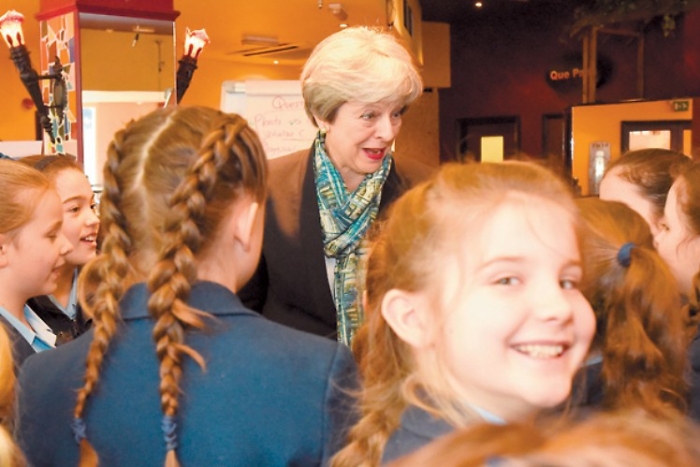 The project was given the green light in October 2015, but management firm Hub revised the approved plan in order to increase the number of homes and they plan to submit this in April.

Hub are the firm that were appointed to manage the site by Norwegian owners Smedvig in August, with the area being earmarked for development for a number of years.

Hub’s managing director Steve Sanham said the company was committed to ensuring ‘something gets delivered this time’.

“We’re about developing, it’s why we get out of bed in the morning, we don’t do this to get a planning application and move on.”

May has also fought back against claims that the UK doesn’t have the skilled workforce to complete the redevelopment stating, “We do have the skills to deliver this project…Hub has got a track record elsewhere and it’s for the owners of the site to choose developers and who will work on it.”

We are excited for the project to get underway!